The Development of the Wetsuit

When we are faced with the prospect of a cold water surf there is something that makes all the difference- our wetsuit. Without the trusty warmth giving wetsuit we would last only minutes in the frigid waters of Europe before hypothermia sets in, yet we now take this miracle worker for grated.  So let's pay our dues and turn our attention to the development of this wondrous invention.
Back in the 1950s over in California some very clever people pondered what the synthetic rubber “neoprene” could do for the human race.  A physicist from the University of Berkley called Hugh Bradner came up with the great idea that neoprene could be used for divers suits, as the neoprene would significantly slow down the transfer of heat from the body into the surrounding water.  However, although Bradner is credited with the beginning thoughts of using neoprene, it was the O'Neill brothers- Jack and Robert, who managed to take the science and make it a reality. 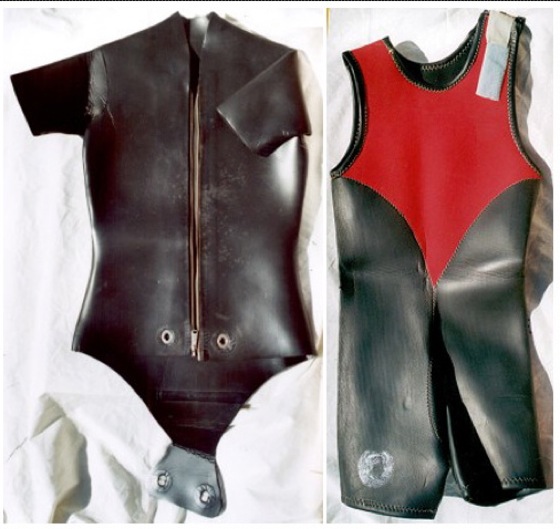 In 1952 the O'Neill company was birthed in California, and along with it the first neoprene wetsuit.  The story goes that brothers Jack and Robert used neoprene found in an airplane to create their first proto-type.  Following shortly was Body Glove in 1953, who also started to use the synthetic rubber to create what would be called a wetsuit.  These first wetsuits were a far cry from what we know today.  They were fragile, prone to tearing as they were made of only a single layer, and would stick to the skin- so in order put on the wetsuit, a good dousing of talcum powder was needed to help the suit glide on.
Advances in technology helped the wetsuit on its way.  The normal stitching techniques that enabled water to infiltrate the suit, were replaced by blindstitching.  This new method stitched only the surface of the neoprene, allowing neoprene sections to be joined without the usual flush of water making it through the stitching holes.  This technique was combined with taped seams to really improve the warmth of the wetsuit. 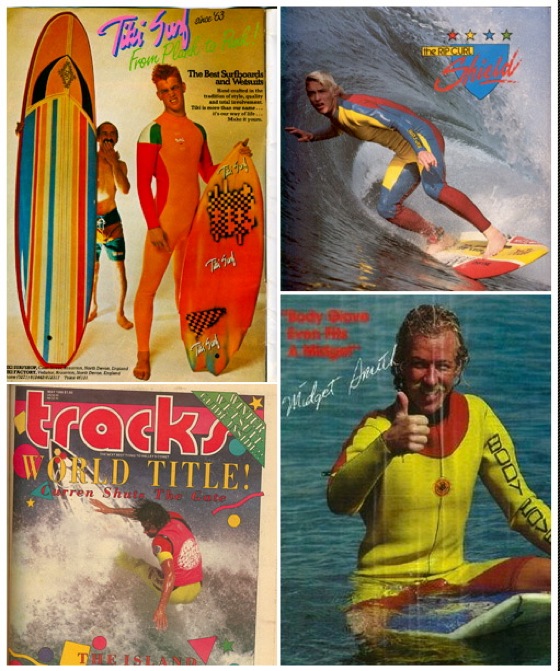 Further developments have been in the design of the wetsuit.  The single layer was quickly doubled to improve not only warmth but to improve amount of stretch the wetsuit could take when being put on.  New materials such as lycra, wool and Spandex have been added to the mix to help improve warmth and flexibility. 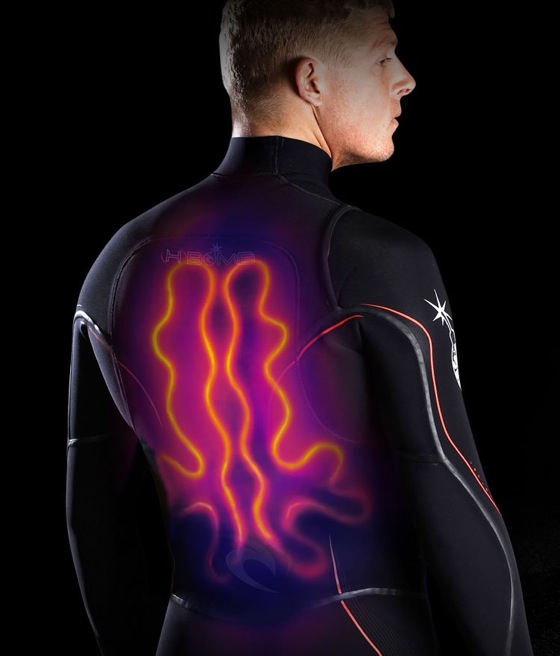 Wetsuits today use some incredibly clever technology and techniques to provide us with warmth in the water.  Modern suits often have reinforced knee and elbow pads, helping to prevent wear and tear.  For greater seals around the neck, wrists and ankles, a single layer edging of neoprene is used that sticks to the skin; whilst computer generated pattern builds allow for designs that fit extremely close to the skin.  This enables for fits that prevent the flush through of cold water, meaning we can stay out there for longer.  The technology is ever progressing, some of the most recent wetsuits to hit the market even have built in heated panels.
So now there really isn't any excuse not to go on a surf holiday in Ireland any time of the year...