Surfing into the Record Books 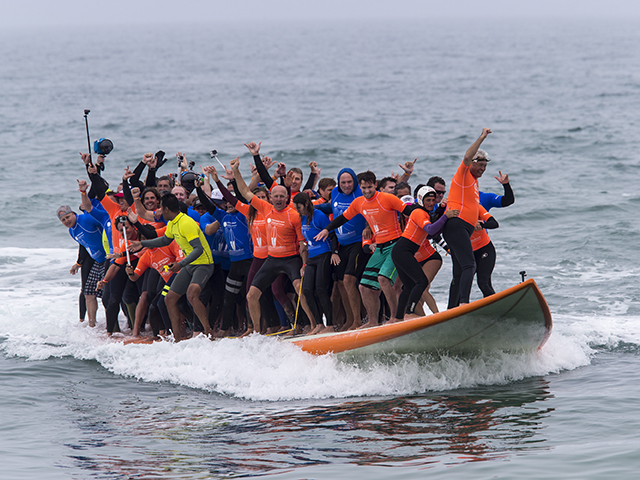 The surf may have been small in Huntingtan beach, California on Saturday but that didn't stop 66 of orange county's finest shatter the Guinness World Record for "Most people Riding a Surfboard at once" and the "World's largest Surfboard".


The event was a celebration of International Surfing Day with thousands of on lookers gathered on the pier to watch the record attempt.


The process of building the board took months and was a collaboration between the orange county boat builders and a handful of local shapers.

The official rules for the Guinness World Record for "Most People Riding a Surfboard" include:

The question is, who is going to try and break it next?