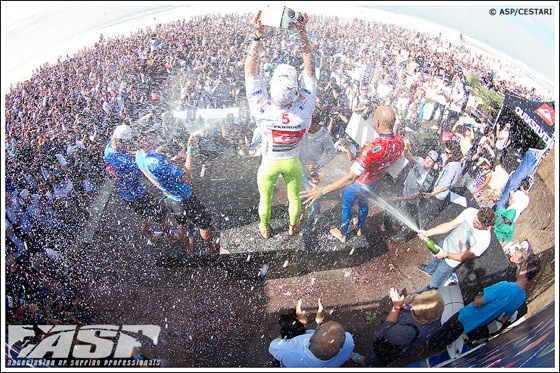 Mick Fanning reclaimed his crown of king of the Quiksilver Pro France for the 2nd year in a row last Saturday.
In heavy barreling waves at Les Culs Nul, Hossegor Fanning defeated nine times world champion Kelly Slater 16.90 to 6.74 points.  Fanning's win propels him back into the world title race as he moves from 5th position to 3rd in the rankings. However, phenomenal surfer Slater continues to dominate this year's champion race, as he leads the rankings at the close of stop number 7 of the ASP world tour. 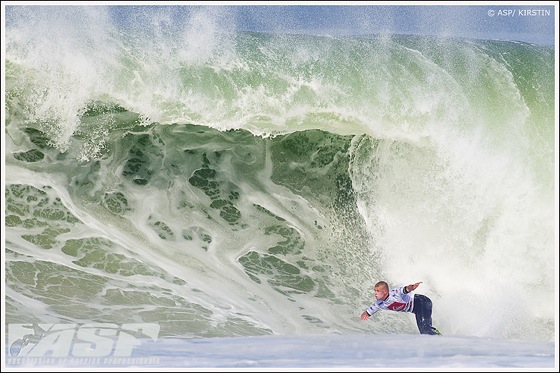 After a long summer waiting for waves in Europe to hit the Atlantic coastline, Hossegor finally lit up with barrage of waves. The top 34 surfers in the world and the 2 event wild cards competed in the heavy waves of Les Culs Nul and La Graviere, Hossegor.
Quiksilver mixed things up this year by running the King of the Groms contest simultaneously with the Pro.  When the waves were became a bit on the small side for the big guys, Quiksilver sent in the future of surfing- the best groms in the world. Australian fifteen year old Matt Banting claimed the Grom title in waves of Les Bourdaines, defeating Filipe Toledo from Brazil. Banting set the Aussie rules theme for the contest with his win... so now it was time for Fanning to return to form. 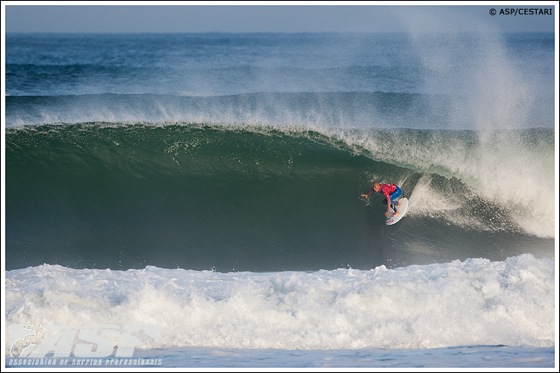 After what some may say was a slow start to the year, Mick Fanning has started to emulating his late season rise to victory, which saw him win his second world title last year.  Fanning's defeat of Slater in Hossegor changes things up. The Quiksilver Pro France is Fanning's first win of the year, as he came runner up to Slater at the Rip Curl Pro Bells Beach back in April.
It was Fanning's brilliant tube riding ability and risky positioning inside the deep French barrels that insured that he claimed the win.  Slater took off on what could have been some amazing tubes, but he failed to create the same level of riding that Fanning performed.  However, in the semi finals also held on the Saturday, Slater scored a perfect 10 point ride- only the 2nd perfect score of 2010's elite contests.  So Fanning was elated to have bested Slater when up until the final Slater had been nigh unstoppable. 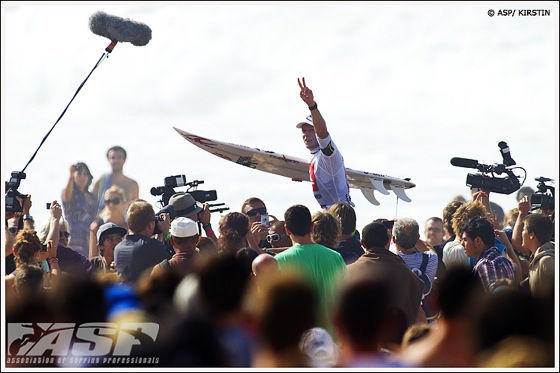 Now things really heat up.  Three events remain: the Rip Curl Pro Peniche, Portugal; the Rip Curl Pro the Search, somewhere in Puerto Rico; and the Billabong Pro Pipeline, Hawaii. It's going to be make or break for the top surfers as to who will claim the world title. Slater, Jordy Smith, and Fanning are looking good, however just below them in the rankings are Taj Burrow and Dane Reynold who will be vying for a chance at the title.
All eyes are on Peniche and the Rip Curl Pro.  Watch it at live.ripcurl.com from 7th to 18th October. Whilst your waiting check out the final of the Quiksilver Pro France below.