The winter wait is over- it is finally time for the 2011 ASP world championship tour to start over in the Gold Coast, Australia.
Quiksilver is hosting the 10th annual Gold Coast Pro at the world famous right hand break of Snapper Rocks.  The worlds best male and female surfers will be coming together to compete in the sand bottom beach and pointbreak of the Gold Coast that makes it so famous.


View Larger Map
Between 26th February and 9th March the first of the eleven scheduled ASP dreamtour spots will take place.  The elite surf season opener will see the top 34 men, and the top 17 female surfers compete in the Quiksilver Pro and the Roxy Pro.  It will be the first time that only 34 men have competed together at the Gold Coast Pro, as this time last year the field was still at the larger 45 competitors.  The changes beg the question as to whether the smaller group will mean that the competition will be heightened for the best of the best, or whether a wildcard and rookies could upset everything?
Last year it was Australia's own Taj Burrow who cleaned up and won the event.  He was on fire, after winning the Billabong Pipeline Masters, the Breaka Burleigh WQS 4* event and then completing the hat trick with 2010's Gold Coast Pro.  Can he do it again? 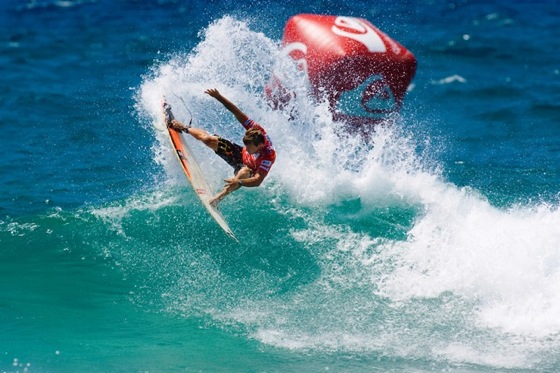 Burrow may not have won the Billabong Pro last December, but he's just claimed the title at the Breaka Burleigh contest... So keep a close eye on his inventive aerial maneuvers and progressive surfing that always scores highly with the judges.
When watching any of the Quiksilver events, there will always be talk of the king of surfing and Quiksilver sponsored Kelly Slater.  Now boasting 10 world championship titles under his belt, everyone will be watching Slater to see how hungry he is for the win, and whether he is going to go in for another title this year. 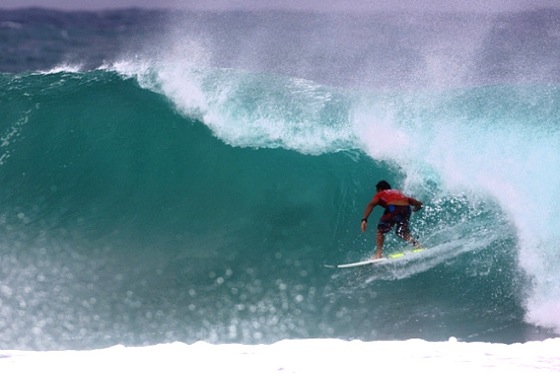 Along with Burrow and Slater, ones to watch will always be the local boys and best friends Joel Parkinson and Mick Fanning.  They know the waves like no one else, and have put on some of the best performances over the years. However, there are two unknown factors this year: Alejo Muniz from Brazil and Julian Wilson from Australia.
Muniz has just won the WQS Prime Hang Loose Pro in Brazil, so is off to a great start already this year.  Wilson on the other-hand, has grown up in the Quiksilver camp, having been sponsored by them for years.  Both of these surfers are starting their rookie year on tour, so they will be hungry to make their mark on the circuit. 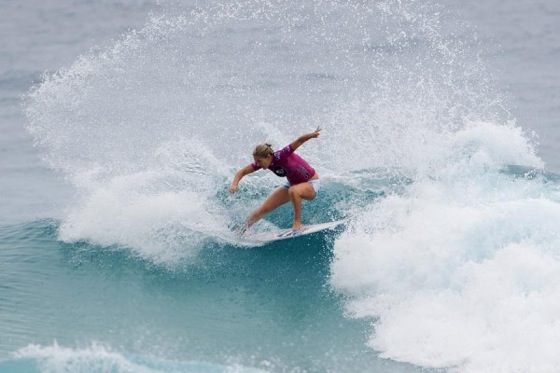 On the women's circuit, it will be all about the Gimore factor.  Stephanie Gilmore claimed her 4th world title out of 4 last year, and now she has controversially changed sponsors from Rip Curl to Quiksilver.  As defending champion, Gilmore will be the one to watch at the Roxy Pro Gold Coast.
Check out all the action as it happens at:
www.quiksilverpro.com.au
www.roxypro.com.au