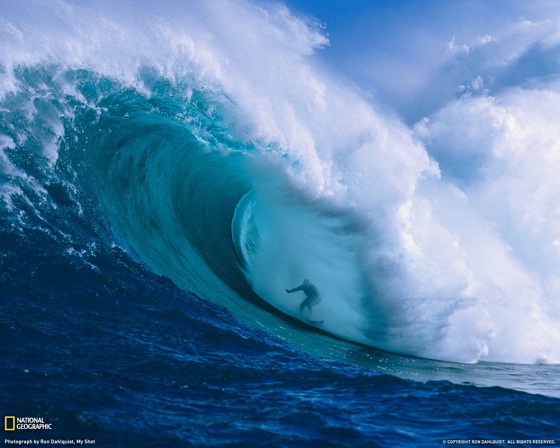 Wave: Pe'ahi aka ‘Jaws'
Where: Maui, Hawaii, USA
When: December to February
Why: 60ft+ monster waves
Stats: Right or left-hand gigantic hollow barrels for the tow-in expert only
When we think of Hawaii waves what springs to mind?  Pipeline barrels, massive Waimea waves or the gentle surf of Waikiki?  These are all iconic Hawaiian surf spots and where we think of our surf holidays, but there is another that should be added to the list: Pe'ahi, otherwise known as ‘Jaws'.
Jaws is the nickname for a surf spot that has become notorious in the surfing world.  On the north shore of the Hawaiian island of Maui, just off the Hana Highway lies the break of Pe'ahi.  It became known as ‘Jaws' after it was ridden by some of the best and arguably craziest surfers in the world back in the 90s.


View Pe'ahi 'Jaws' in a larger map
The break has gained a reputation as being one of the most dangerous surf spots on the planet.  The reason for the high risk level of Jaws is that the wave heights can be anywhere around 60ft to 120ft when the right conditions come together. Maui receives northly swell directions during the winter months, and this combined with light wind conditions, creates some of the biggest rideable surf in the world. 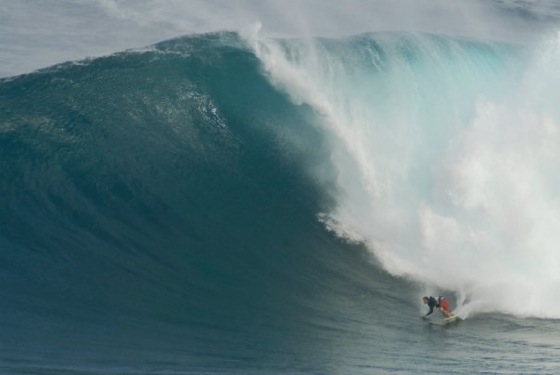 Pe'ahi is formed when the swell hits the bay and is funneled by the unique reef formations into super waves capable of travelling 30 miles an hour.  The speed of these waves prevents surfers from paddling into them, so it was the use of wind surfboards, and then tow-in surfing that has enabled die-hard surfers to take on the wave.  Surfers have to be towed in by using a jet-ski in order to reach fast enough speeds enable them to surf the incredibly powerful wave.
Synonymous with Jaws are big waves riders such as Laird Hamilton, Dave Kalama, world record holder Garret McNamara, and Jaws night surfer Mark Visser.  However, one of the enduring images of Jaws was of tow-in duo Brad Gerlack, on the jet-ski, and Mike Parson who towed into an oncoming beast at Jaws as part of the Billabong Odyssey surf film.  Pe'ahi's wave appears as if the whole ocean is moving, and any man or woman who takes it on, is like a cartoon character risking their life for the thrill. 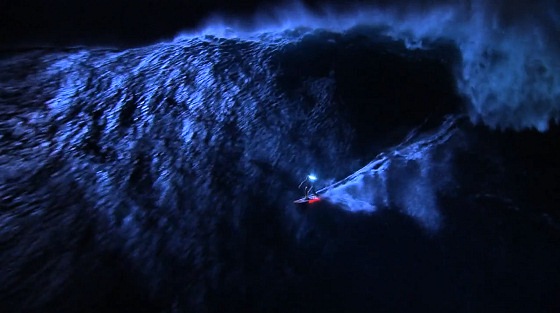 Although Jaws has only been ridden since the 90s, it has become a legendary break and at the forefront of tow in surfing. It's popularity due to the adrenaline inducing rides has meant that it is progressively busier, with the result that highly regarded surfers are calling for the number of surfers in the water to be moderated on big days.  The break is simply too dangerous by itself without adding multiple jet-skis and surfers to the line up.
However, regardless of who goes out into the water, Jaws will always clean up, and only narrowly welcomes those who can ride its curling monster barrels.