History of the Quiksilver Pro France 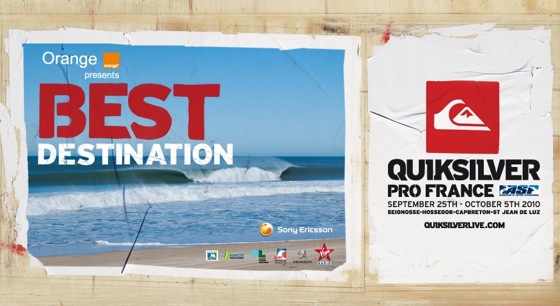 Autumn is coming to Europe and with the change of season the long awaited ocean waves will start to light up the French coastline for the Quiksilver Pro France.
It is finally time for the Quiksilver Pro France to start this week over in the surf mecca town of Hossegor, France.  Now that the Hurley Pro over in California has been wrapped up, the European leg of the world title race can begin.
Hossegor has been hosting world class surf competitions since 1987 when the Rip Curl Pro used to be part of the world tour. The town's famous barreling waves at La GraviÃ¨re and shore dump of le Nord have witnessed many legendary surfers power their way to victory over the years. 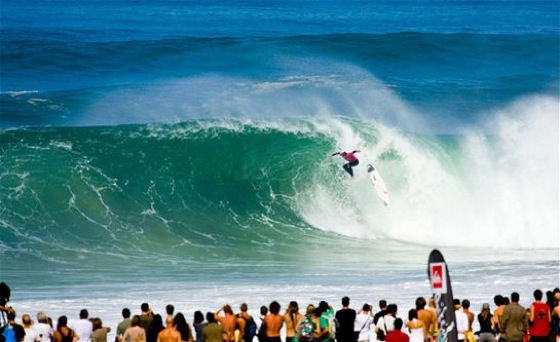 Quiksilver has its European headquarters down the coast from Hossegor in San Jean de Luz, so hosting it's European Pro contest at Hossegor makes perfect sense.  The competition has been run since 2002 (2001 was cancelled due to the 9/11 attack in New York) and has always been kept as a mobile event.  Depending on where the best waves are, the contest can move up and down the coast, visiting the waves at Hossegor, Seignosse, or even Capbreton- the neighbouring towns to Hossegor. 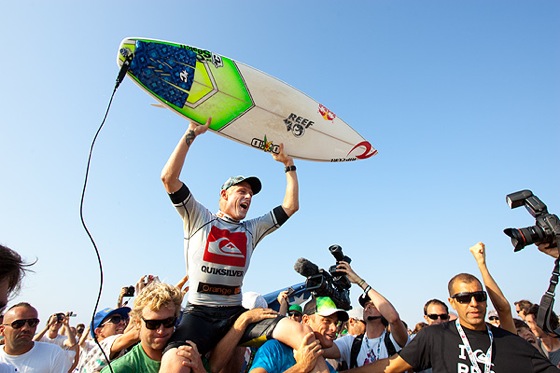 Over the years it has been Andy Irons (HAW) and Mick Fanning (AUS) who have dominated the contest.  Irons won three contests in a row from 03' - 05', and world and event title defender Fanning has won the event twice- 07' and 09'.  Over winners have included Brazilian Neco Padaratz in 02', Joel Parkinson in 06' and Adrian Buchan in 08'.  So do you see a name missing from the list?  Kelly Slater has never won the event, and you can bet that he'd like to change that especially as it is his primary sponsor's event. 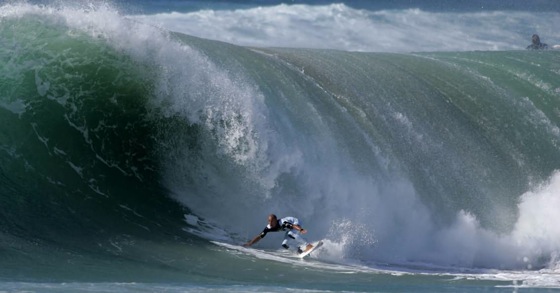 It will be great to see how the newly culled top 34 surfers in the world do in the Atlantic waves off France.  La GraviÃ¨re is a heavy wave, taking its name from the churning sand and gravel that is dredged up from the sea bed when the ocean storms create big waves.  Expect to see deep barrels and big carving cut backs from the pros as they get whittled down in the coming days.
This year the elite competitors will be joined by 2 event wildcards.  Julian Wilson (AUS) has been granted a wildcard, he's sponsored by Quiksilver and his new surf film ‘Scratching the Surface' will be shown as part of the events run by the contest. The other wildcard has gone to Maxime Huscenot (REU) who back in January won the World Junior Championship title at only 17 years of age.  It seems that the contest is going to have 2 generations competing for a change.
If you fancy checking the action live or booking yourself an Autumn surf holiday in Hossegor, check out our great self-catered rentals.  However, if you're stuck at home/work/on your iphone, take a look at Quiksilver's website and keep up with all the action as it happens.  Here's a little something to wet your appetite...