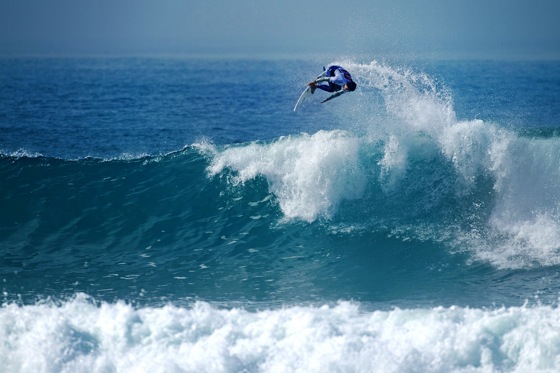 Surfers can appear like they have all the luck in the world sometimes, going on surfing holidays and surfing trips all the time.  However, when you watch the ASP's world championship tour, you see the very best in the surfing world, but rarely see how much time, practice, hard work and commitment goes into becoming the world's best surfers.
After watching the finals of the Quiksilver Pro France, where new school surfers Brazilian Gabriel Medina beat Australian Julian Wilson, we all got a glimpse into what is coming next in the surfing world.  Medina ousted the reigning world champion and ratings leader Kelly Slater (USA), but Slater manages to maintain his lead on the ratings board.
Next stop is the Rip Curl Pro in Peniche, Portugal that is about to start tomorrow.  So just before the circus starts up again, here is how the ratings currently stand at the end of ASP event number 8 of 11: