Puerto Rico here we come... It's finally time for the penultimate ASP event of the year, and the Rip Curl Search is taking us to the Caribbean surf mecca of Puerto Rico.
Stop number 9 of 10 on the dream tour will kick off its waiting period on 30th October and run through to 10th November. It's going to be a good one as both the men's and women's contests are run in the amazing waves found in and around Porto del Sol, Puerto Rico.  There are high expectations for the new waves, but it will be Kelly Slater and Jordy Smith who will attract the most attention.
The American and the South African are battling it out to win the world title.  Floridian Kelly Slater, 9 times world champion and general living legend, is going to try and claim the world title.  However, giving the king a run for his money, is young power house South African surfer Jordy Smith.  With a points total of 48750, Smith is the only surfer left on tour who is in with a chance at surpassing Slater's already immense lead of 58,000 points. 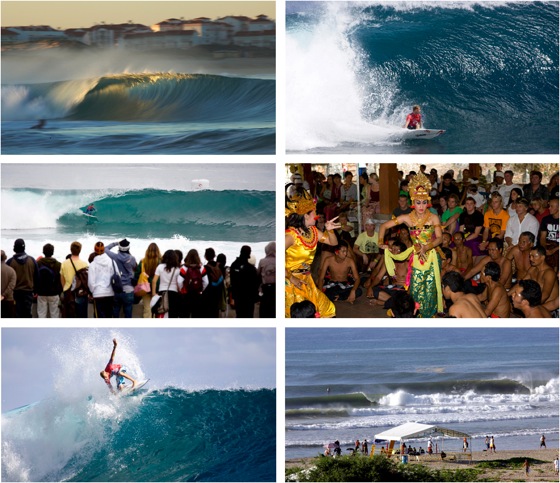 So where is the show down going to happen?  It is the first time that the Rip Curl Search has visited the Caribbean, as over the past 5 years the Search has been held in the Reunion Islands- 05', Mexico- 06', Chile- 07', Indonesia- 08' and in 2009 was held in the new permanent tour spot Peniche in Portugal.  Rip Curl always keep their “the Search” site secret for a long time, but the location is finally up and we have a winner- Puerto Rico.

View Middles in a larger map
The action will be at Middles, Porto del Sol (just above Isabela), which is a rocky-reef righthander that the regulars will love going to town on. The wave breaks anywhere from 50m up to 300m on a great day and works best when the swell is coming through from the North East.  So watch this space for some amazing rides.
As a back up site, there is a wedgy left and right hand break just 15minutes from Middles.  The second site is called Wilderness (west of the airport) and will be used if the swell pulls round to the North West.  So no excuse not to be maximizing the waves of the Caribbean. 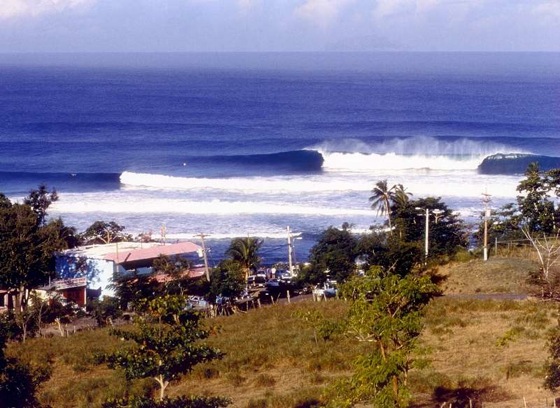 For a second consecutive year the search also has the women's event.  Stephanie Gilmore is looking to claim her world title over Clarissa Moore, but it could all go to Hawaii if Moore gets her way.  So it's definitely going to be an interesting one, watching whether Slater and Gimore can cement themselves further in the surfing history books: Slater with 10 world titles?  And Gilmore with a 4 world titles out of 4?
So whilst all the action is going down, fix yourself a tropical drink, watch the contest live on www.live.ripcurl.com from Saturday, and day dream away of visiting the beautiful Caribbean island of Puerto Rico someday.