The Hawaiian Surf Scene in November and December 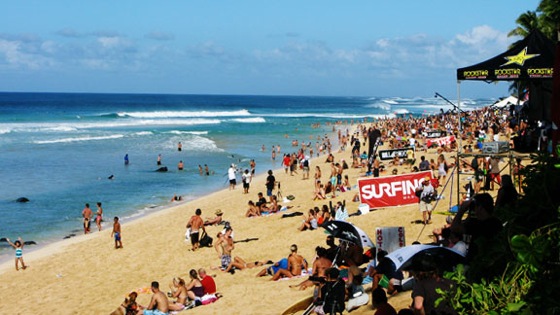 Each winter the surfing world turns its attention to the birthplace of surfing: Hawaii.  Hundreds of surfers, thousands of tourists and a lot of photographers travel from around the globe to the tropical shores of the Hawaiian islands, and it's here that surfers compete in the most prestigious competitions of the year.
One of the most prolific of the Hawaiian season is the The Eddie.  On 1st December 2009 The Eddie Aikau Memorial Competition (sponsored by Quiksilver) held its ceremony to open the 3 month waiting period for the competition.  The Eddie is something very special, it commemorates the memory of Eddie Aikau, big wave rider and the first north shore life guard.  He was tragically lost at sea in 1978 when he attempted to fetch help for his fellow shipmates when their Polynesian vessel was capsized. 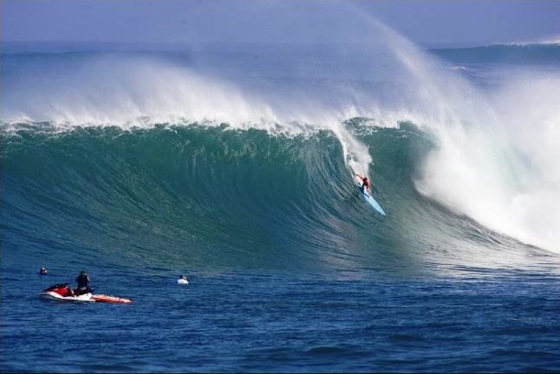 The Eddie contest is only held when the waves get really big.  The swell needs to hit legendary Waimea Bay, be 20ft plus Hawaiian scale (ie 40ft+ wave faces), and hold for at least 8hrs for the competition to run.  After a 5 year wait Tuesday 8th December 09 saw the return of the Eddie and the crowning of a new champion: Greg Long.
As part of the winter season in Hawaii, the ASP runs 3 of its key world tour competitions.  The men's Billabong Pipeline Masters on Oahu, and the women's Gidget Pro, Oahu and the Billabong Girl's Pro on Maui.  These three contests are often the deciding points in the competitors' year long campaign to win the world title, or for surfers further down on the ratings, the events are a chance to gain much needed points to regain qualification into next year's ASP world tour.

The Billabong Pipeline Masters (8-20 Dec) last year provided a good amount of drama in its near perfect waves.  World title contender Joel Parkinson was knocked out at Round 3, clearing the way for his friend Mick Fanning to claim the world title for a second time.  Fanning himself was knocked out of the contest in Round 4, but his ratings total for the year could not be equalled. 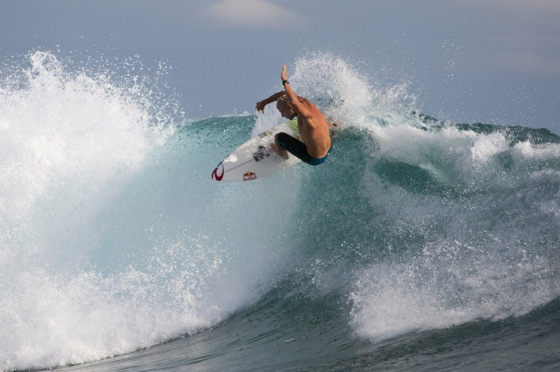 The Pipeline Masters is part of the Vans Triple Crown contest, which consists of 3 North Shore, Oahu events for the men, and 3 events spilt between the North Shore and Maui for the women.  Spot no1 for the men and women is the Reef Hawaiian Pro in Haleiwa (12 - 25 Nov), winners were Hawaiians Joel Centeio and Alana Blanchard.  Contest no2 was the O'Neill World Cup of Surfing and the Gidget Pro both at Sunset Beach (24 Nov - 6 Dec), here Parkinson clinched the deal, and wildcard Carissa Moore for the ladies.  No3 was the Billabong Pipeline Masters, and was won by Taj Burrow. However, it was Parkinson who won the men's Triple Crown and walked away with a cool $50,000 for the win.

Fanning, Burrow and Parkinson are all Aussie, so it seems there was a theme in place over Hawaii last year.  Australian Stephanie Gilmore claimed her 3rd ASP world title in a row at event no2, and at event no3- The Billabong Girls Pro at Honolua Bay, Maui, she won the women's Triple Crown as well. 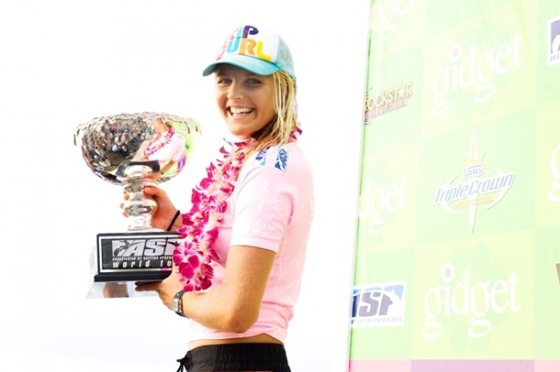 Take a look at the highlights clip of The Eddie for an idea of how crazy the waves were last season.  Tune in at 3mins36 for Ramon Navarro's insane drop.