Prices starting from $101.88 per night
Rua 1º de Dezembro, 9A, Atouguia da Baleia - Peniche, Portugal
Chat with a host who can help organise your trip...

Come and discover a countryside/ beach accommodations with large living areas inside and outside, very charming, welcoming and great to be with friends or family.

The houses, location, layout and all its surroundings were designed to provide a different holiday, made of passion and full of life, where sports and nature are only a few moments away.

You can enjoy the sun and the sea of the spectacular beaches in Peniche, enjoy long walks, cycling on trails and bike paths, try the delicious Portuguese food or simply drink a good Portuguese wine or a beer in one of the patios of the our micro village. That's pure Relax!

CASASUPERTUBOS® is waiting for you!
See you soon in Peniche!

Located between the beach and the countryside, between surf, golf, castle of Obidos and the historic and fishing villages on the Silver Coast of Portugal.

At the same time you will find Portugal, the Portuguese people and Peniche zone. Next to the great golf courses, the best surf beaches, the castle of Óbidos, the cities of Peniche, Caldas da Rainha, Nazaré, Leiria and Fátima.

Perfect for couples, friends and small families: 1 suite + 1 bathroom + 1 living room (with kitchenette) to 2 people (up to 4)

The apartments are 30 m2 and can accommodate 4 people: 2 sleeping in the bedroom and 2 in the living room. All Aparts have a kitchenette where is possible easily prepare a breakfast and snacks (refrigerator, dishwasher and microwave).

All people have access to the large shared onsite kitchen that has a large living room, and a terrace overlooking the forest and the sea. Prepare your meals sitting by the pool, surrounded by great views

Patios: many patios in front of the APARTs, the kitchen and around the pool

Perfect for couples, friends and small families: 1 suite + 1 bathroom + 1 living room (with kitchenette) to 2 people (up to 4)

The apartments are 30 m2 and can accommodate 4 people: 2 sleeping in the bedroom and 2 in the living room. All Aparts have a kitchenette where is possible easily prepare a breakfast and snacks (refrigerator, dishwasher and microwave).

All people have access to the large shared onsite kitchen that has a large living room, and a terrace overlooking the forest and the sea. Prepare your meals sitting by the pool, surrounded by great views

Patios: many patios in front of the APARTs, the kitchen and around the pool

We don't provide airport transfers but you can book one easily here: Airport Transfers

In the booking steps you can add surf lessons from any of our certified surf school partners below.

Tip: If you are staying for 7 nights we always recommend 5 days of surf lessons. Start the day after you arrive so you don't miss any good waves! You can choose your surf days in the checkout.

Looking for Surf Schools in Peniche

Supertubos is the most famous surf beach in Peniche and in Portugal. Every year occurs here the 10th event of the WCT (the biggest surf championship tour).
It is a reasonably exposed beach and reef break that has quite reliable surf, although summer tends to be mostly flat. Works best in offshore winds from the northeast. A wave just as likely from local wind swells as from distant groundswells, and the best swell direction is from the southwest. Close the surf championship (in October) it is sometimes crowded, and can even get crowded enough to be dangerous. 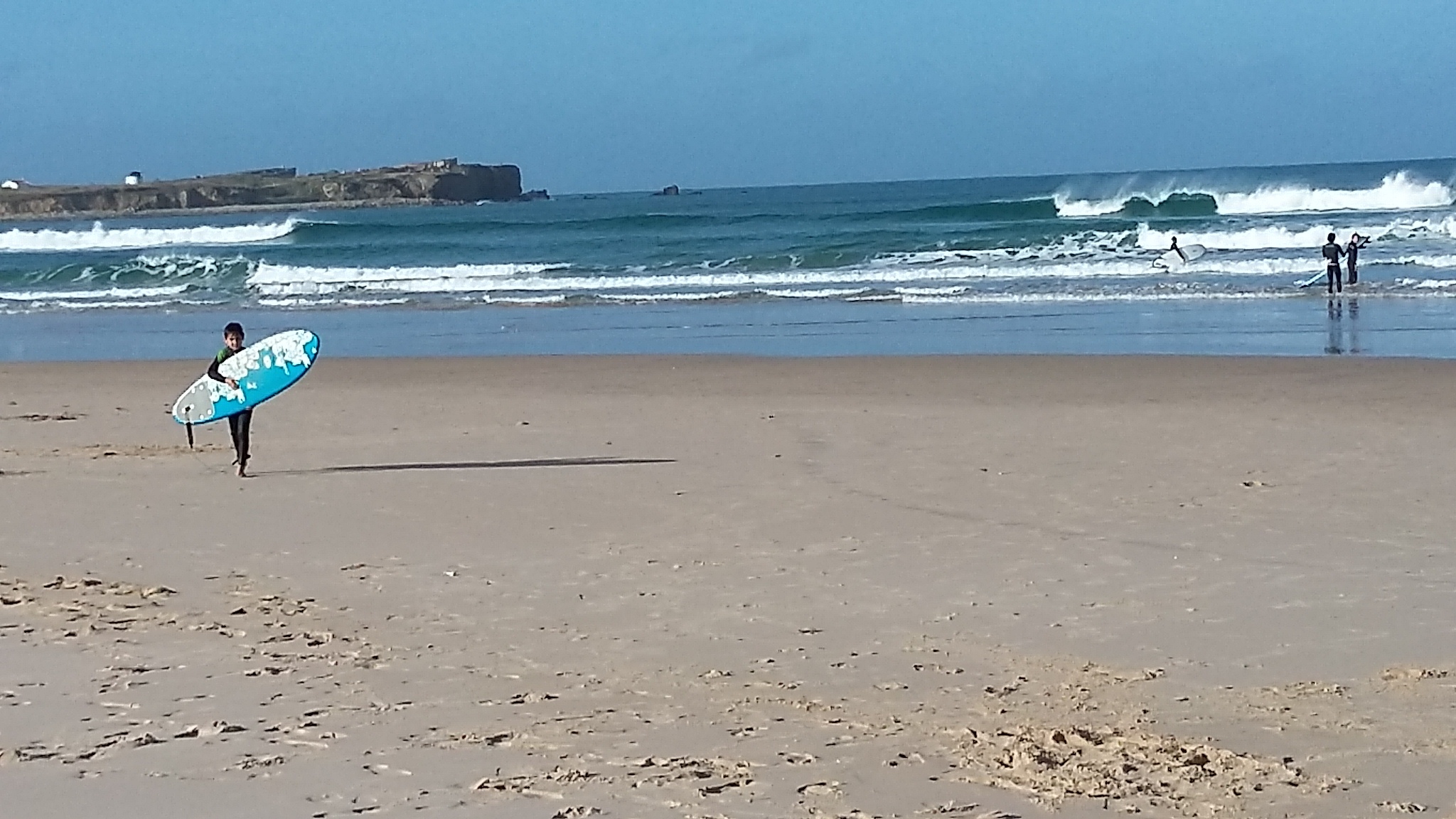 Baia in Peniche is a sheltered reef break that does not work very often with no particular seasonal pattern. Works best in offshore winds from the south southeast. Windswells and groundswells in equal measure and the ideal swell angle is from the north northwest. There are left and right breaking reefs. The quality of the surf isn't affected by the tide. Even when there are waves, it's not likley to be crowded.

18°
The best thing about the Peniche & Baleal peninsula is that the beaches face both north and south, and are all within a few kilometres of each other. So on nearly all conditions there is surf - it is well known as one of Portugal's most consistent surf destinations and a great place for a Surfing Holiday.

The following cards are accepted at this property:

Hi, my name is Pedro. This house started from the many trips that I made to Peniche searching waves to surf... In 2012, we transform an old and abandoned house in a vacation home to the Villa 9. The optimum reaction from our friends and guests to the final result convinced us to built more. In 2016 we opened more 8 apartments. Come visit us. See you soon!