"Riccardo is an exceptional host. The apa..."

Prices starting from $53.84 per night
Praceta do Mar 1, Consolacao - Peniche, Peniche, Portugal
Chat with a host who can help organise your trip...

In Consolacao Beach, a quiet village on the southside (3km) of Peniche, linked by a beautiful sandy bay, home of the famous Supertubos Beach.

A cozy apartament with Ocean view and a really quiet neighborhood, is the perfect choice for surfers and families with all facilities walking distance and a superb beach.
If you dream of sleeping while listening to the waves.....well here is a reality at Supertubes apartment

Riccardo is an exceptional host. The apartment is less than 50 meters from the beach with cafes and restaurants within a stones throw.

The apartament is simple and efficient, ocean view from the terrace is a plus!


I went surf guiding with Riccardo, we saw different spots, but mainly two in a week stay, cause the waves were perfect for my level.
Clean conditions


How were the surf lessons?

I went surf guiding with Riccardo, we saw different spots, but mainly two in a week stay, cause the waves were perfect for my level.
Clean conditions

Perfect place to stay around is area of Portugal. Quiet neat clean, lovely people, Options available for Thai massage, Yoga classes, healthy food, as well as surf equipment hire or surfing lessons. I could hear the waves crashing onto the shore at night. Very close to a beautiful beach. In fact over the road. I loved this place and would highly recommend it to anyone who wants a relaxing/surfing holiday.


How were the surf lessons?

i rented a Longboard, lots of boards to choose from

This cozy Ocean view apartment is in a quiet area, 40meters to the Ocean in Consolacao Beach, Peniche.

It' s really great for a family or friends willing to enjoy nature and surf, with the possibility to get linked to Boa Onda Guesthouse for Breakfasts, Surf school or rentals and Yoga.

We provide Airport Transfers from and to lisbon and they can be booked in the booking steps.

Come Surf With Us

Surf Lessons can be added in the booking steps if they are not already included in a package.

Peniche is just blessed by nature. Every little corner has a wave, going hunting is still possible and you will find perfect gems!

2 hours surf class (it's really 2 hours, starting from warming up, transport to the spot is not included). Wetsuit & board included. The surf school’s main goal is all about learning and improvement. The instructors are qualified by major national and international federation. Depending on the level of participants and weather and sea conditions, the coach will choose the material and surf spots

Best solution to really get the tips needed to evolve! Our instructors are qualified by major national and international federation. Depending on the level of participants and weather and sea conditions, the coach will choose the material and surf spots. Wetsuit & board included.

wave hunters will love this

We offer twice a week sunset yoga class for all levels in the beautiful terrace in front of the beach of Consolação. You'll have a stunning ocean view and sunset light during yoga class.
Every day classes 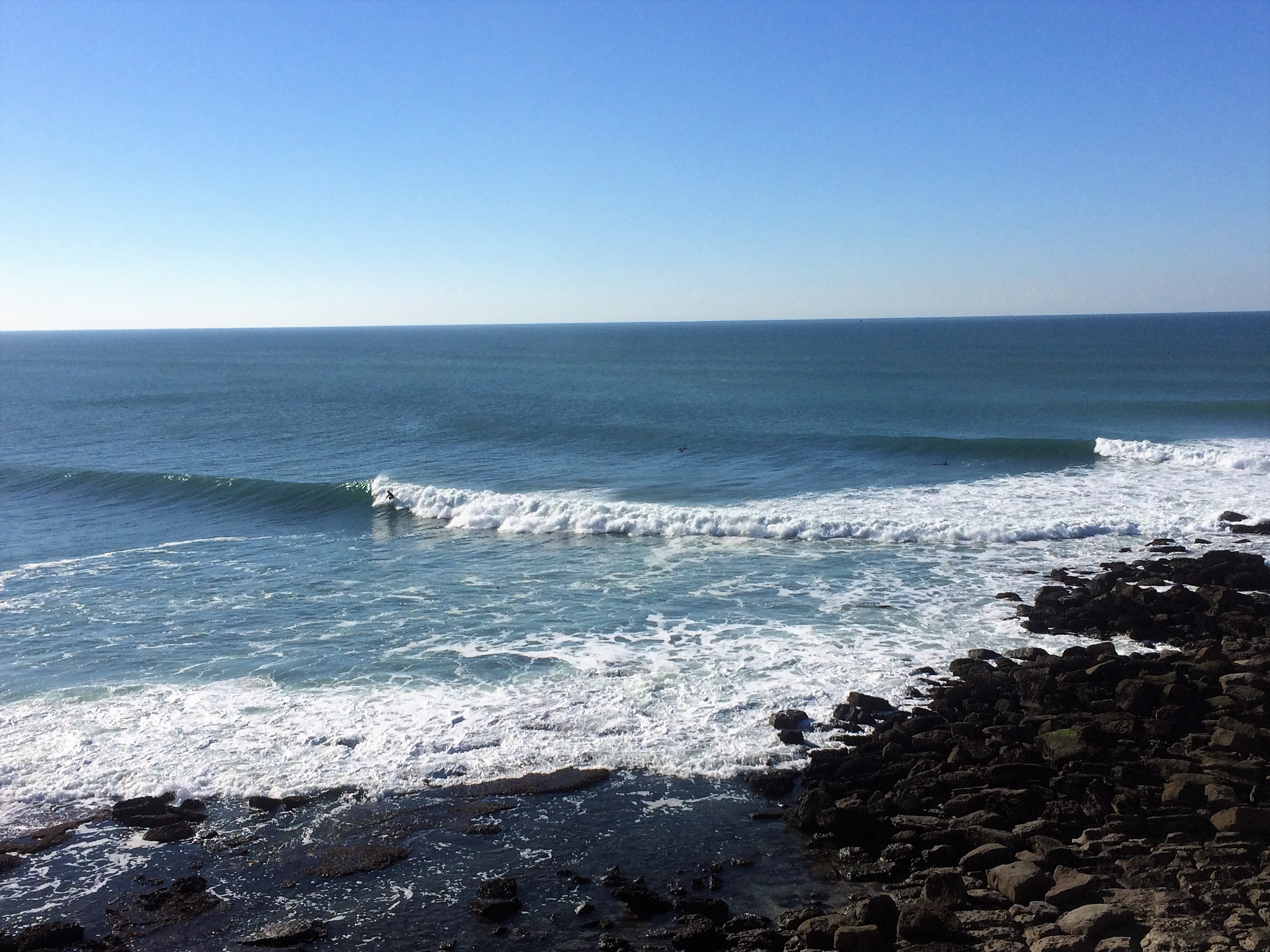 This is our closest surfspot, only a few steps away from Boa Onda Guesthouse. We are south of Peniche and home of 2 pointbreaks, the left starts on rocks but ends in sand. It is a powerful fast wave, that can only work once in a while, south or west swells but East or no wind is the key. Next to it is also a nice beachbreak that is perfect for beginner/intermediate surfers.
The right is a scenic long pointbreak that can be a fat longboard wave but can also be a serious big wave spot, as it works even on the biggest swell.
Watch out, the wave packs lots of water and the entry/exit is tricky.

The queen of the area, best beachbreak of Portugal and probably Europe. Often referred as the european Pipeline, this wave is fast, powerful and always barreling.
It can be the dream wave of your life, but be prepared to get some serious pounding.
The wave is only a few meters from the shore and is also spectacular to viewers from the beach

To the south of Peniche and just north of Supertubos, the waves change swell and wind exposure as well as behaviour, so this powerful wedgy right is much stronger and faster than the waves north of Peniche. The long harbour jetty helps to give shelter from swell and wind and it gives the sandbanks a very good shape, in the good days when Supertubos is to scary to paddle out, this is the place to get some good barrels.Localised and advanced surfers only

Towards Peniche, the bay bends a bit and receive less swell, this is the place to go in bigger western or south swell. Nice banks and cool crowds. 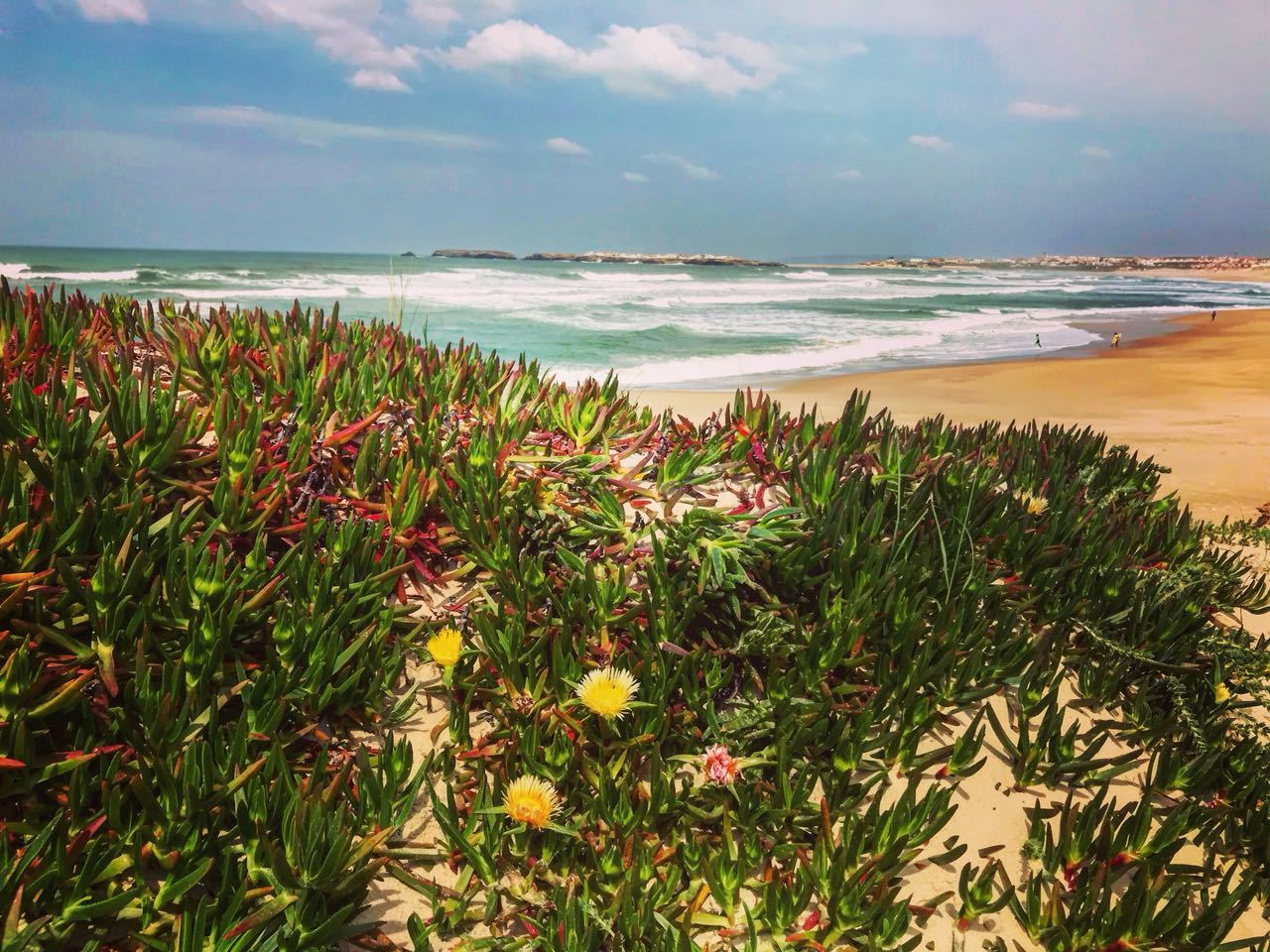 Middle of the Baleal Bay gets the most of the swell around compared to the other westerly spots. The wave packs some power and it is offshore with SE to NE wind, when the conditions are on is a really quality wave, with barrels too.

To the south side of the Baleal Island. Good sheltered spot with predominant northern swell, schools, longboarders and uber crowd. Can be a really good shortboard wave to when the conditions are on.

Nice easy beach break southside of Lagide, with a spectacular landscape provided by Baleal island. A wave that is beginner friendly and usually targeted by surfschools.

In the center beach town of Baleal this reef can be defined as a really long and manouverable lefthander, there’s also a righthander, sometimes really good, 300meters to the north. The wave can be mellow in small conditions or fat in high tide, but totally amazing with some size and mid tide. Watch out for the urchin covered rocks at low tide. SW to E is offshore.

This beach is another swell magnet, the wave is usually messed up by wind and swell, so a good option in those small days or S to SW wind. The lefts are usually long with steep walls of good quality.

18°
The best thing about the Peniche & Baleal peninsula is that the beaches face both north and south, and are all within a few kilometres of each other. So on nearly all conditions there is surf - it is well known as one of Portugal's most consistent surf destinations and a great place for a Surfing Holiday.

I am an Italian guy living in Portugal after several years tripping around the globe. I came to Portugal a few years ago and after practicing as surfing instructor (I'm an ASI surf instructor) I founded a surf school I've started a new project: Boaondaguesthouse Peniche. Here i found my perfect dreamy location, so i look forward to share my surf passion (and maybe some waves) with new guests!!